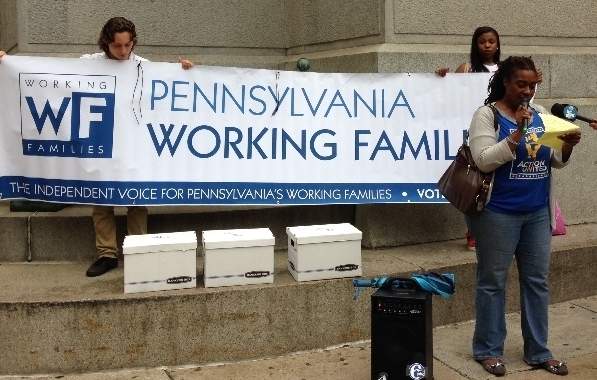 salutes Pennsylvania Working Families for collecting over 40,000 signatures of Philadelphia voters - more than twice the legal requirement - to put a question on the Philadelphia election ballot calling on the Governor and State Legislature to abolish the School Reform Commission and return Philadelphia's schools to local control,

is proud to have drafted the petition and home rule charter amendment on behalf of Pennsylvania Working Families, which The American Prospect has called "the most effective political operation the American left has seen in decades."

is an innovative government relations and community empowerment law firm launched in October 2012. We're changing the political and legal landscape of Philadelphia by